Southern Vitiviniculture,
a Confluence of Knowledge and Nature

The XXXVIIth World Congress of Vine and Wine and the 12th General Assembly of the International Organisation of Vine and Wine (OIV) are to take place from 9th to 14th November 2014, in Mendoza (Argentina) upon the invitation of the Ministry of Agriculture, Livestock and Fisheries of Argentina.

…The Republic of Argentina, a wine country ‘par excellence’, is honored by the celebration of a high-level event in its territory, and the participation of leading oenology experts who will undoubtedly provide their masterful knowledge to our vitiviniculture…

… A captivating landscape located at the southern tip of South America, reunite us in Argentina, my country.
From the north to the south of Argentina, you will be able to appreciate a wide variety of landscapes. We have a large area dedicated to vitiviniculture, located at the foot of the Andes Mountains. Argentina has privileged conditions of latitudes, climates and soil diversity, resulting in high quality wines, produced with the uniqueness of Argentinean terroirs, which is why our wines stand out worldwide. 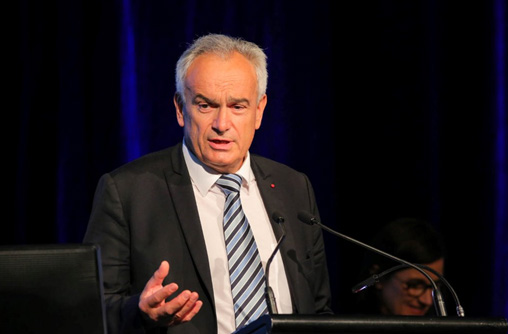 Welcome address by Jean-Marie Aurand, Director General of the OIV

The 37th World Congress of Vine and Wine is undoubtedly one of the highlights in the wine world’s events calendar. Indeed, this congress, which will bring together almost 600 participants, with more than 170 oral presentations and 300 posters, will allow researchers, experts, producers and policy-makers from 23 countries to exchange, discuss and share their knowledge over the course of a week.

I think this is a good opportunity to provide some figures showing the recent development of the sector, in order to illustrate its significance:

In the context of the globalisation of production, consumption and trade, as well as of constant innovation, the role of an intergovernmental organisation such as the OIV is becoming increasingly essential. Indeed, the evaluation and approval of new production practices, the definition of rules for presenting products as well as methods of control and analysis require an open and transparent discussion between producer countries. It is a question of ensuring fair trade and the integrity and sustainability of wine products on the one hand, and meeting consumer expectations in terms of product quality and health and environmental protection on the other. This congress will do its part to contribute.

You will find lots of information about the wine sector on the OIV website. Among the latest publications are:

A. Authors are required to:

Final paper must be submitted online via the abstract submission platform of the Congress, through your account, by the indicated deadline on: http://www.oiv.int/congres/OIV2014ARG/login.